Aristel “Aristyles” De La Cruz is a Filipino American rapper, producer, poet, and teacher. Born and raised in San Francisco, he developed a love for hip hop through community exposure and cyphers, leading him to release multiple projects and collaborate with various local musicians, like Mister REY. As an alumnus of Balboa High School, he eventually returned there to teach an ethnic studies class through Pin@y Educational Partnerships (PEP). This experience solidified his desire to pursue a career in education. Graduating from San Francisco State University—like 80% of the other guests on this podcast—he worked in various local schools, before establishing himself at South San Francisco High School. Over the years, he’s taught Ethnic Studies at this campus, eventually transitioning into his current focus of teaching English Language Development (ELD) to multiple grades.

In this episode, Aristel shares poems about his father and mother, he freestyles over multiple SoulChef beats, he shares about his love for hip hop and his writing process, while also diving into issues about social justice and activism. This dude has a solid freestyle flow and a lot of tracks under his belt. Solid writer. He also got them jokes! He calls out the callout culture, macktivists, and pretty much everyone else. It’s all jokes and love though. He also breaks down thoughts of masculinity and the problems of cultural socialization, leading to issues like as homophobia. Take a listen and let us know your thoughts.

1. You are not tight. Be humble. Learn. Do more listening than speaking. 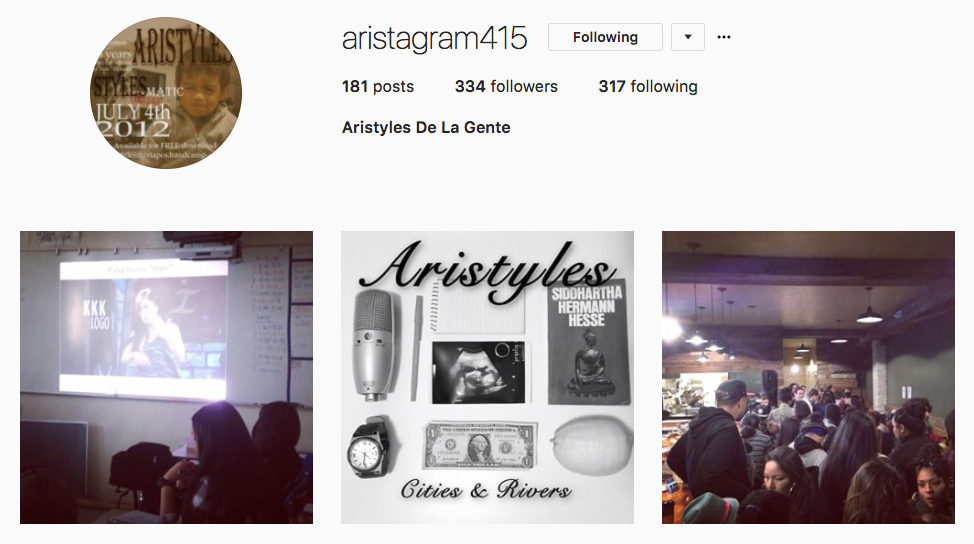