Dre “Dre?Who” Cuevas is a Bay Area Filipino American music producer, DJ, event organizer, and all-around creative. Based out of Fremont, he grew up in a musical family, with his father and uncles as DJs and party organizers. He currently runs Homeroom Radio, interviewing local artists and creatives, and has also released two production EPs—LETTERS and Love Without a Limit. He’s performed at numerous venues over the years and has recently begun organizing his own events and parties. In this episode, he shares a little bit about his production process as we listen to tracks from his most recent project. He also opens up about his growth as a producer and his experience of expressing emotions through his music. Dre shares and is honest about his struggles as a student, especially in regards to moving to Southern California, away from his family and community. He found solace through music and has intentionally created his tracks to evoke certain emotions and feelings when listening. We talk a lot about personal growth, love, relationships, and creativity throughout this episode. Take a listen!

1. Go to the school that fits you.

2. Be yourself. Practice what you preach. Always do you. 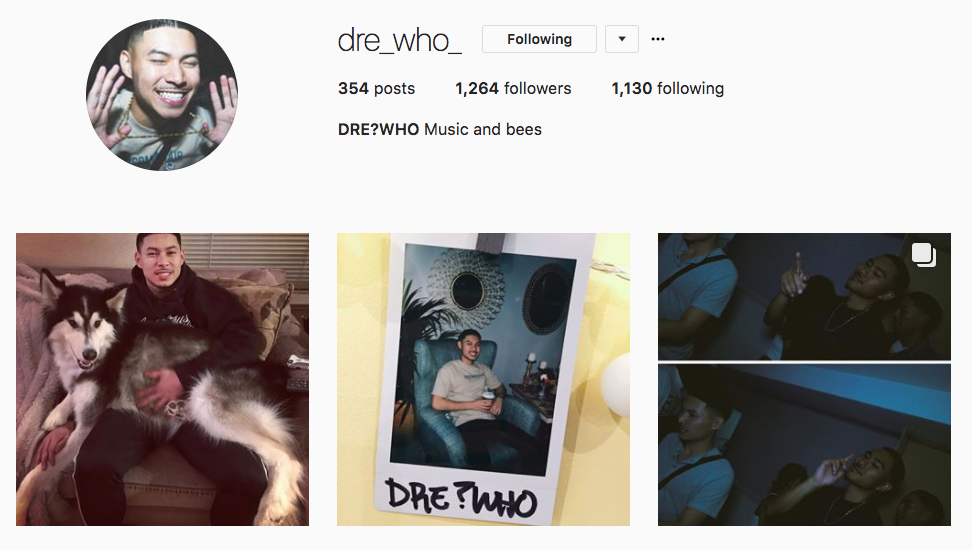 Full Salute's @dre_who_ #FEELZCHALLENGE. Had to try this one out myself. I'm challenging all my friends that are rappers, artists, and/or dancers. Have fun with it! Yeeee! 📹: @josh_koji #GhettoBrunoMars